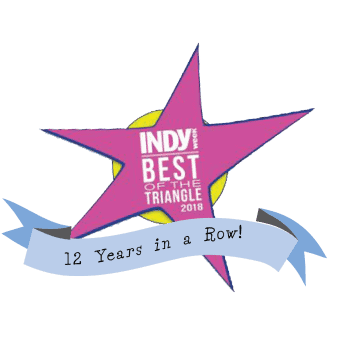 You are here: Phydeaux > Stores > Raleigh

Monday-Saturday
10am until 8pm

Sunday
10am until 6pm

Phydeaux Raleigh is located at the corner of Six Forks Rd and Atlantic Ave, just inside the beltline. Our downtown Raleigh store was first opened in 2010, in Seaboard Station, off of Peace St. We moved to this new location in late summer 2015.

Lauren is a Raleigh native who began working at Phydeaux in May of 2020. Taking after her Father, she developed a love for animals at a very early age. In her free time she enjoys being outside with her two dogs - a Great Dane and a rescue Hound dog. She can also be found crafting and tending to her indoor jungle.

Caleb began working at Phydeaux in the Fall of 2017 after desiring a career change.  He found a fit at Phydeaux and became manager of the Raleigh location the following year in the Summer of 2018.  He lives in Zebulon with his cat, chickens, and two reef aquariums.  In his free time he enjoys working in his garden and spending time with his animals.

Come Celebrate with us!

Have a joyous and safe Thanksgiving.